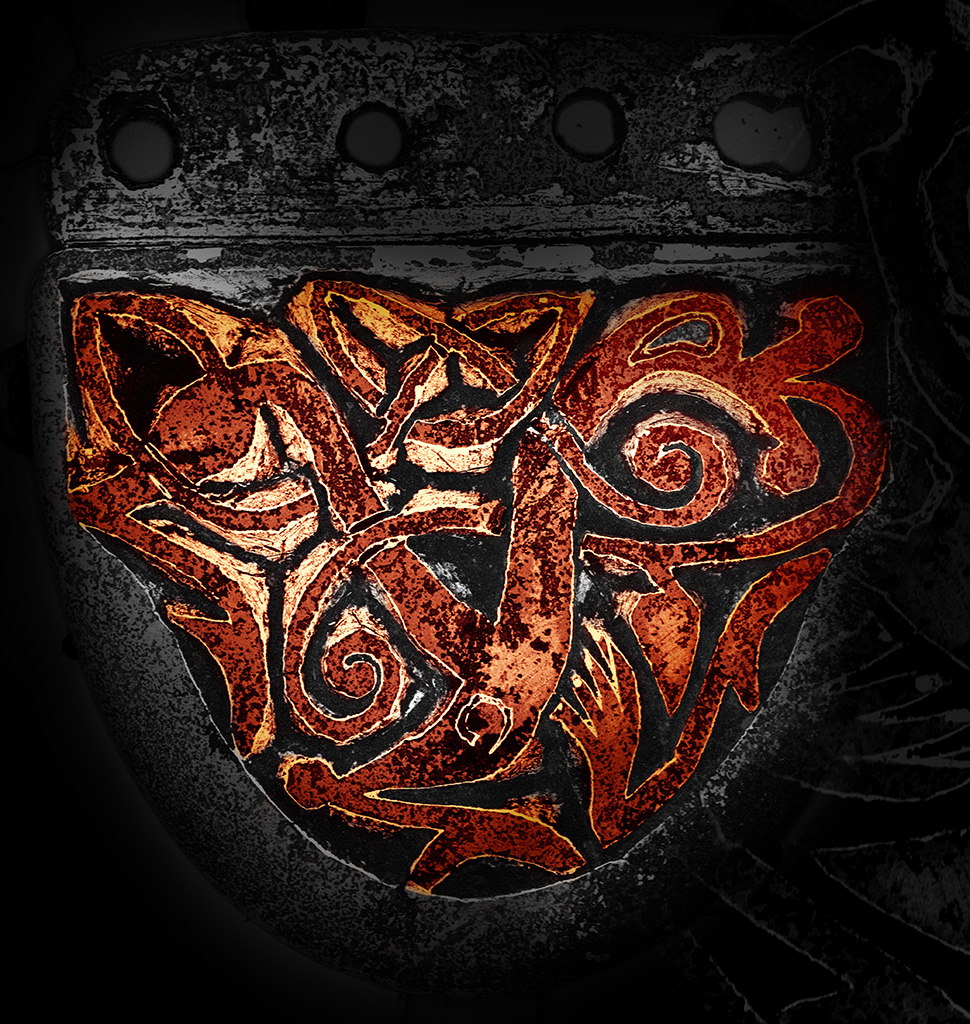 Location of TESCAN in the Central Europe is naturally leading to strong cultural and historical connections of the company to the whole Europe, Czech republic and Brno City in particular.

Situated in the very center of Europe, at the crossroads of ancient trade routes, Brno has a rich history of cultural and economic development. But for some, when you mention the second-largest city in the Czech Republic the first thing that comes to mind is the electron microscope. So it’s not surprising that this modern technology was used to examine the city’s historical artifacts.

Electron microscopes use an electron beam to scan the surface of objects and magnify the detail up to a million times. ‘Due to the historical value of the items, we could only use methods that scanned the surface of the artifacts and didn’t damage them,’ says Jakub Javůrek, the Application Specialist from TESCAN. ‘However, we were limited in our choice of samples by the size of the vacuum chamber which is where the scanning process takes place,’ he added. While the research team did not expect to make any significant findings, they were pleasantly surprised to gain a new perspective on the historical value of the items. When you take a detailed look at a 200-year-old medallion, you really see how precise the work of an engraver was in those times, despite the limited equipment they had,’ says Pavel Ciprian, Director of Brno City Museum.

TESCAN is the largest Czech producer of electron microscopes and has a very close working relationship with the city of Brno, where many universities produce graduates with a high level of technical expertise. The company works hard to strengthen this relationship and partnered with Brno City Museum for this unique exhibition at one of the city’s most prominent landmarks – Spilberk Castle. The exhibition presents images of a variety of artifacts from Brno’s local history. While the analysis of historical objects is only one example of the many uses of electron microscopes, its aim was to acquaint the people of Brno with electron microscopy and its importance to the city.

Photo gallery of a bronze clothing pin from 4th century BC. 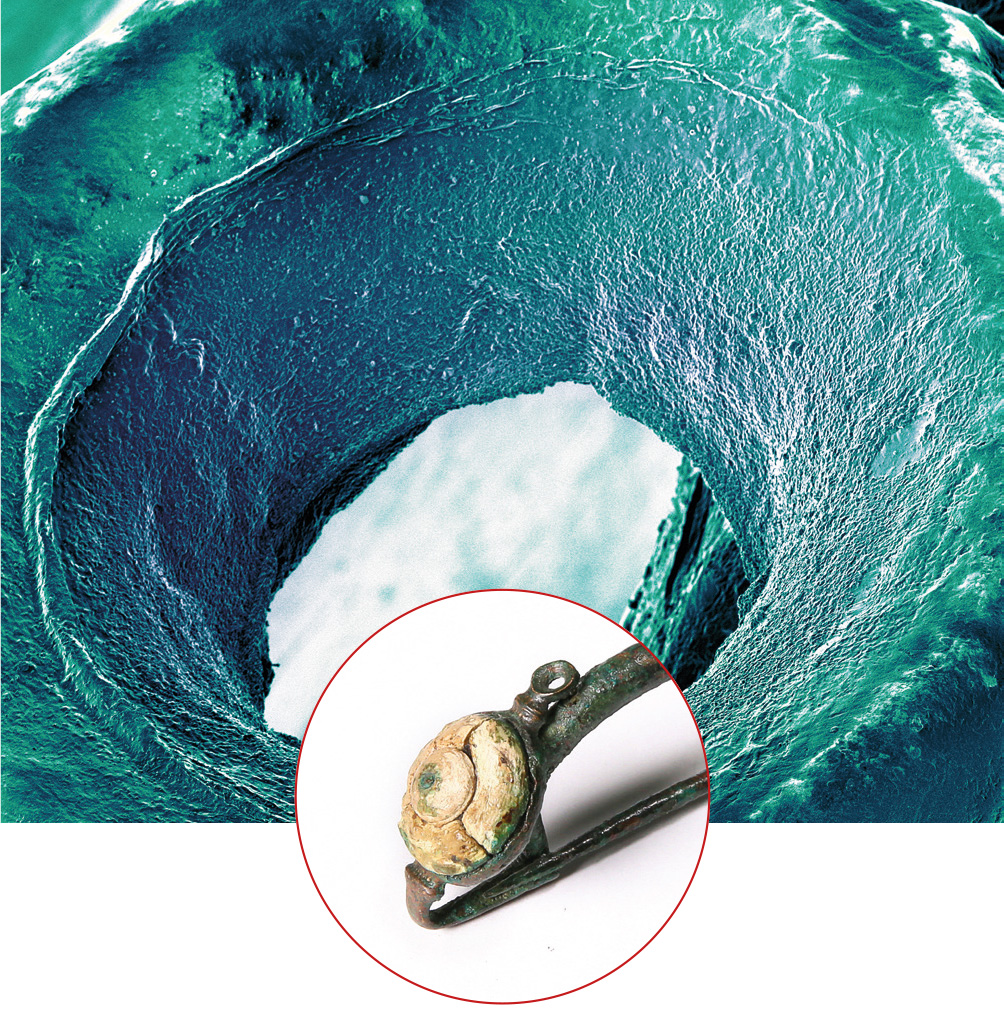 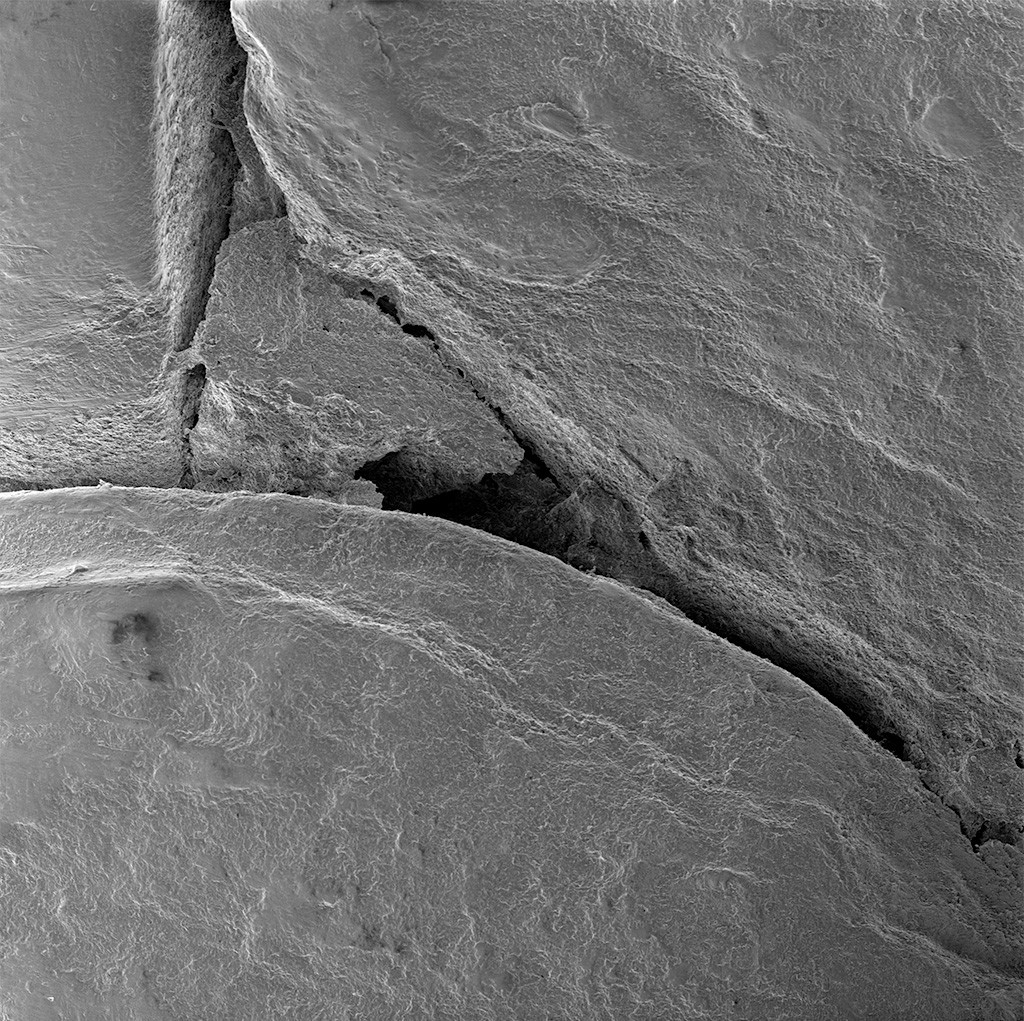 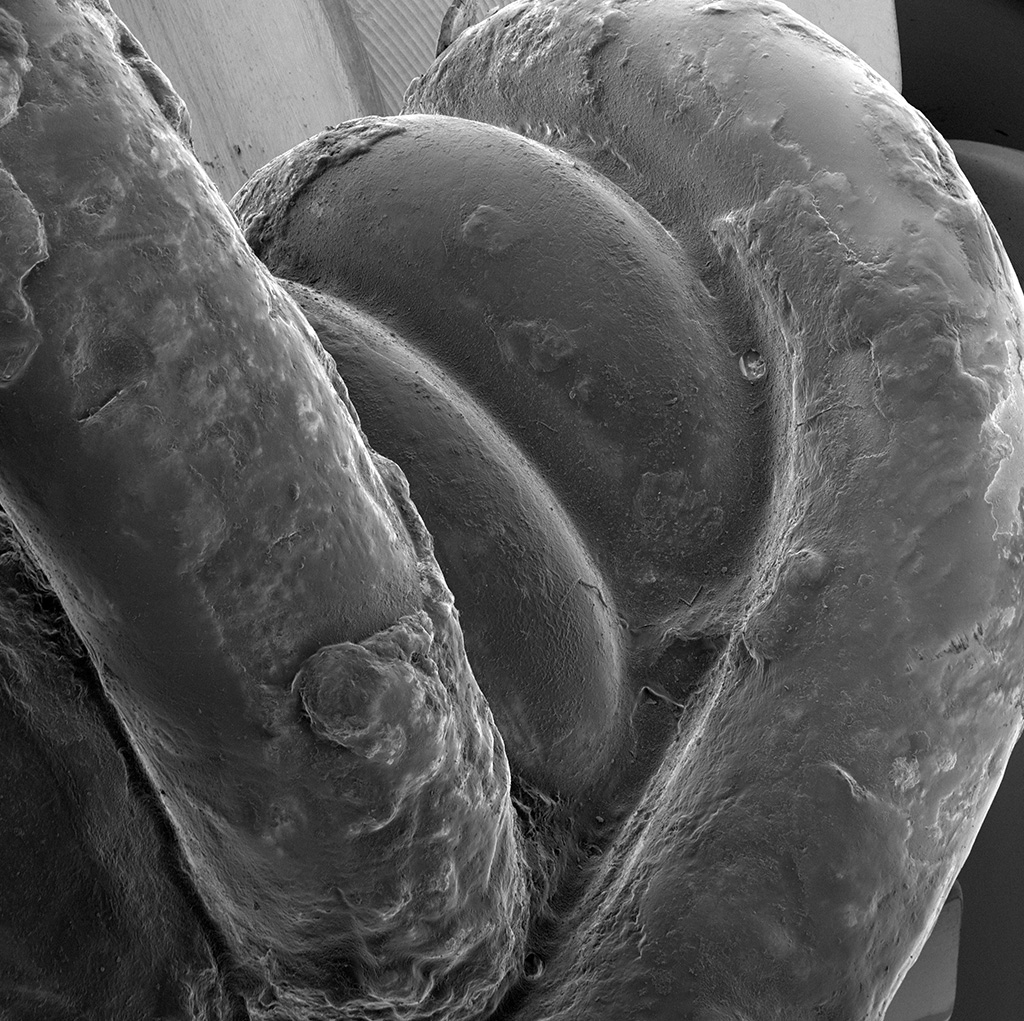 A bronze clothing pin detail – insight into a great craftsmanship

Comparison of a modern bread and bread from WW I. 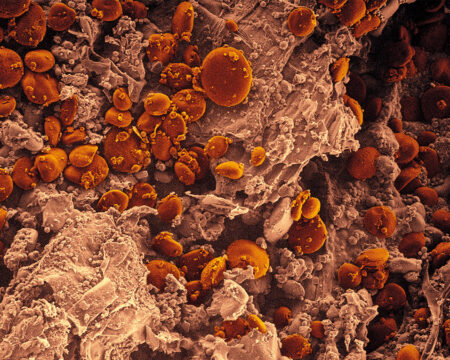 WW I. bread found in a military trench close to Brno shows its simple composition 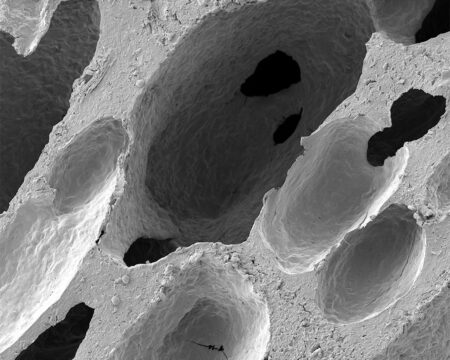 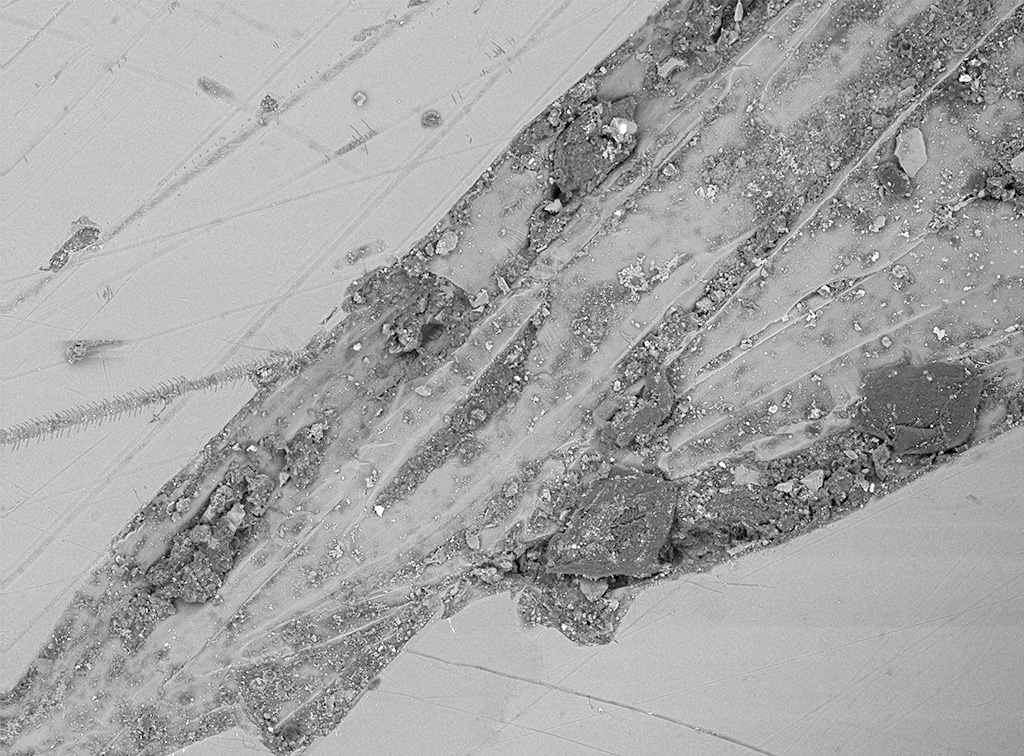 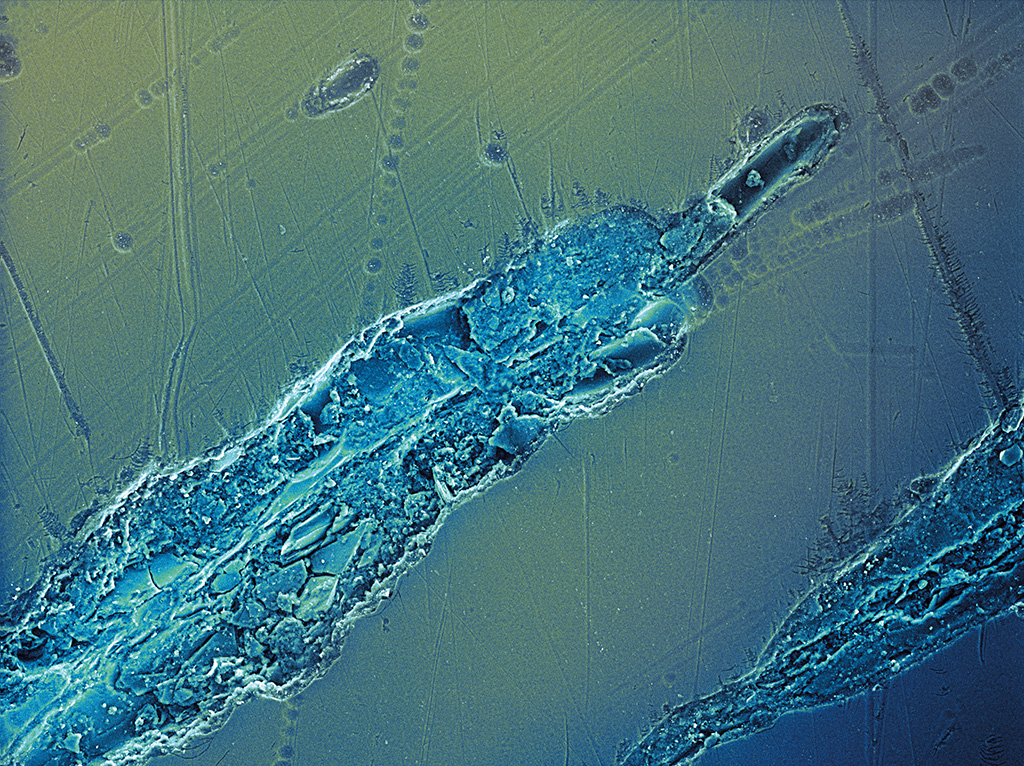 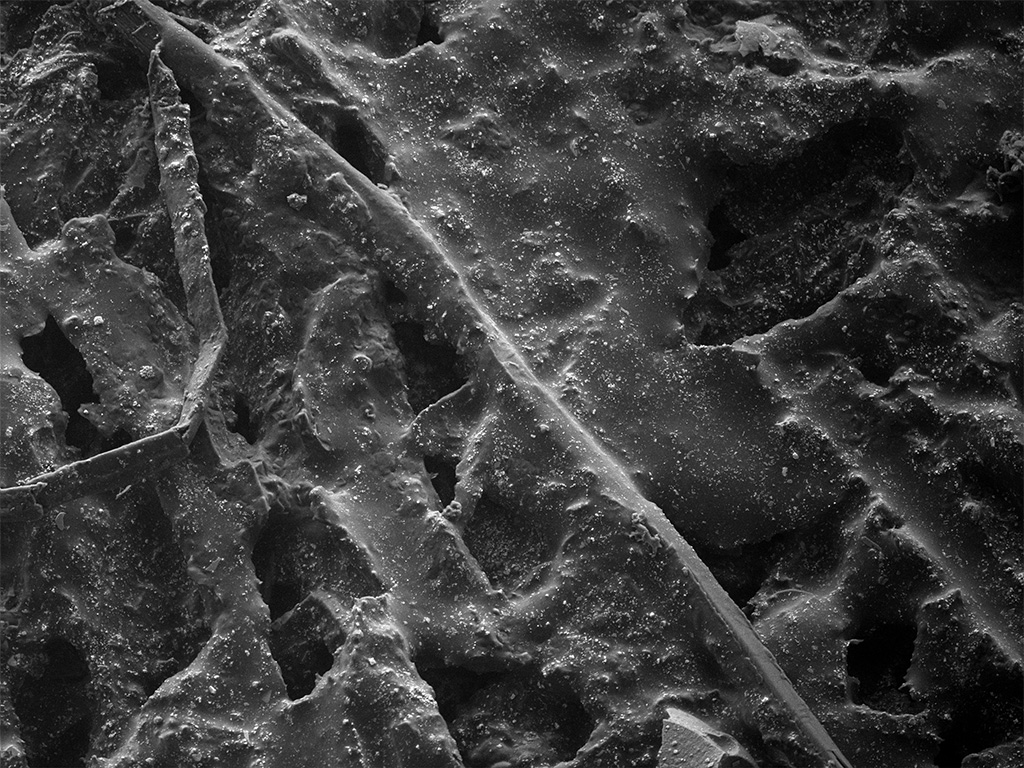 These and other images were used for a public installation at the Spielberg Fort laying above the Brno City and they have been seen by thousands of visitors coming to visit the fort and enjoy amazing views of the city.  TESCAN MIRA SEM has been used for the acquisition of images and further analytical output.