In this study, it is shown that Coulomb force drag by ion beams can introduce significant amounts of carbon, nitrogen, and oxygen into target materials even under ultra-high vacuum conditions. The findings of this work are a significant step toward developing standardized procedures for emulating neutron damage. The TESCAN FIB-SEM LYRA3 was used to prepare the TEM specimens analysed in this study. 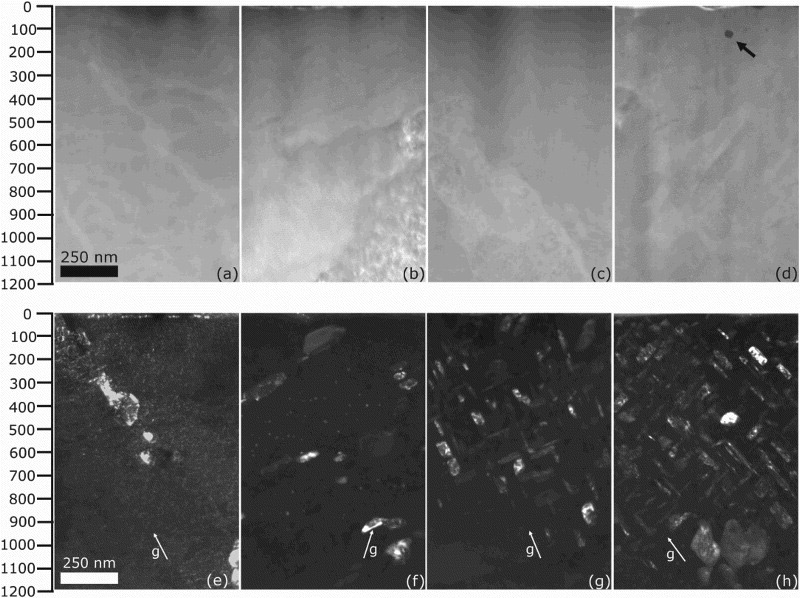 Typical STEM-HAADF (a–d) and dark-field (e–h) images of unirradiated HT9 and HT9 irradiated without filtering to 200, 400, and 600 dpa, respectively. A depth scale to 1200 nm below the surface is provided next to (a,e). The g = ⟨100⟩ vector is labeled in the dark-field micrographs. A black arrow in (d) marks an isolated large void in the 600 dpa specimen.